Srinagar: To facilitate J&K-based startups and entrepreneurs in Gulf countries for opening their operations, the UAE-based visiting business delegation has announced to open Kashmir Business Centre in Dubai, Kashmir Chamber of Commerce and Industries (KCCI) said in a press conference on Tuesday.

A 30-member UAE business delegation is on a four-day official visit to Jammu and Kashmir to explore the investment opportunities in the region.
President, KCCI, Sheikh Ashiq said during an interaction meeting with the local business community, the UAE-based delegation announced that a Kashmir Business Centre will be set up in Dubai for providing support to J&K-based entrepreneurs and connecting them to the relevant people there.
Ashiq said, KCCI not only welcomes the announcement but with the consent of the government will try its best that it materialises. He said the centre will also prove fruitful for a large number of youth, who go there in search of jobs.
Secretary General of KCCI, Farooq Amin, added that the business centre will provide an opportunity to young entrepreneurs who want to explore their new ideas but do not find them viable here. He said these new entrepreneurs will get the chance to explore their innovative ideas in the global market. The business centre will be more kind of an incubation facility, he added.
Amin said some of these youngsters have already presented their business ideas in the meeting and received applause from the UAE delegation. They will now directly contact these young entrepreneurs and will invest in their business.
Sheikh Ashiq said they are also mulling to send a J&K business delegation comprising of all the sectors to UAE for exploring the market for various kinds of produce and handicrafts there.
While welcoming the delegation for their investment proposals in J&K, KCCI hoped that local businessmen will be also included in their plans.
Ashiq said the delegation will also prove beneficial for the tourism promotion of the region as they will spread the word about the beauty and culture of Kashmir.
“We also told them that we need more international connectivity and we want global market should open for our people. Through these initiatives the unemployment rate can be brought down,” Ashiq said. The World Health Organization on November 26, 2021, labelled variant B.1.1.529 a variant of great alarm, named Omicron, on the advice of WHO’s Technical Advisory on Virus Evolution (TAG-VE). Extensive evidence was presented to this advisory that Omicron has several mutations affecting its behaviour.

Research is coming up at different levels to get hold of different aspects of Omicron in a better way.  There is much ambiguity about whether there is more transmission in Omicron as compared to other variants, including the Delta variant. South Africa has seen the number of people testing positive increasing as a result of this variant. Many epidemiologic studies are in progress that aims at knowing if the positive cases are rising because of Omicron or some other factors.

One of the biggest aims of economies is resource allocation involving a balance between our priorities and competing needs so as to get the most suitable economic action. Any fiscal policy demands a judicious attitude in pursuing the goal of resource allocation and distribution. Fiscal discipline should reduce fluctuations in income, output, and employment.

Whether it is omicron or anything else the fact is that all facets of the current pandemic have in one way or the other way affected economies of the world in general and underdeveloped in particular. It is very important to correct all economic and social odds.

Fiscal indiscipline is an important characteristic related to all shocks of all times and COVID19 is no exception. Fiscal indiscipline implies that our governments are not maintaining good fiscal positions that coincide with macroeconomic stability and economic growth that is all-inclusive and sustained. Borrowing in large numbers and amassing debt like anything are enemies of every economy. The dual actions are responsible for the creation of fiscal crunches. To achieve the target of Fiscal discipline it is necessary for governments to maintain fiscal positions that are consistent with macroeconomic stability and economic growth that is sustained by letter and spirit. In order to create and maintain fiscal etiquette, there should be an avoidance of debt accumulation and excessive borrowing.

One of the biggest aims of economies is resource allocation involving a balance between our priorities and competing needs so as to get the most suitable economic action. Any fiscal policy demands a judicious attitude in pursuing the goal of resource allocation and distribution. Fiscal discipline should reduce fluctuations in income, output, and employment. COVID19 and all its variants no doubt have generated fiscal indiscipline which is why all governments should be prudent to create ‘‘budgetary beanbags’’ to combat all shocks and disturbances and to deal with anticipated economic and fiscal burdens.

Economists surveyed by Reuters argue that economies should emphasize fiscal judiciousness as there is a declining trend in the Indian economy. Lead Economist at Emkay Global Financial Services, Madhavi Arora argues that Omicron and the allied bad repercussions have a short end and is in no way a long-lasting wave.

A fiscal deficit connotes a gap in a government’s income compared with its spending thereby meaning that there is a fiscal dearth in the government spending beyond its means. There is a dip in the fiscal deficit from 135.1% in the April-November period of the previous financial year to 46.2% in the current financial year. There is a need for fiscal consolidation and all the fiscal policies carried out by the government at all levels must aim at reducing their deficits and debt stock build-up.

In order to understand Omicron and its impact on the Indian economy and other emerging markets, planners need to Google and start thinking about consolidating their budget deficits post COVID19 years. They need to include a series of fiscal responsibility laws, fiscal guidelines, and fiscal assistance (dynamic organizations in particular).

The strategy and implementation policy, alongside economic (fiscal) and political commitment are necessary and sufficient conditions for the effective strengthening of fiscal discipline during shocks.

Dr Binish Qadri is an assistant professor at the Department of Economics, University of Kashmir. You can reach her at [email protected] Ambitious Budget | This week Union Finance Minister Nirmala Sitharaman presented the third consecutive annual budget of J&K in the Lok Sabha. The J&K Budget is required to be passed in the Indian Parliament as the newly formed Union Territory continues to be under the President’s rule and due to the absence of the Legislative Assembly in Jammu and Kashmir.

As per the revised estimates for 2021-22, there has been a huge shortfall of estimated tax collection and other resource generation, which has proven a big handicap for the J&K Government in fulfilling its development targets.

In this year’s budget presentation, like the previous one, the focus has been put on the capital expenditure – the portion of the estimate spent on asset creation and infrastructure building, which is a positive development. However, the biggest challenge, as witnessed in the previous years, is that despite allocating funds in the budget for various sectors and projects for development works, there is either lack of resources or the inability of different departments to spend the allocations.

Take the example of Jal Shakti or the Public Health Engineering Department. In the budget of 2021-22 highest capital expenditure of Rs 6346 crore was allocated to Jal Shakti, which was more than a 400% increase. But the revised estimate presented by the Union FM shows that only Rs 2107 crore were spent, which indicates either lack of resources or an inability of the department to undertake the development works. However, a deeper analysis of the budget documents and other publicly available information suggests that both the unavailability of funds and the incapability of the administration to spend are the reasons behind it. The same is the case with many other government departments.

As per the revised estimates for 2021-22, there has been a huge shortfall of estimated tax collection and other resource generation, which has proven a big handicap for the J&K Government in fulfilling its development targets. The revenue receipts were short of almost Rs 13,000 crore as per the budget estimate of 2021-22. Similarly, the fiscal deficit during the same period rose to Rs 16,456 against the target of Rs 10,647. The debt to GDP ratio has increased to 53% as compared to 46% in the financial year 2020-21.

The J&K Budget 2022-23 has set an ambitious target of asset creation and infrastructure development in the UT. If there are no unspent budget allocations and all these targets are completed, J&K will witness remarkable changes in the development front. Srinagar: The business community of Kashmir, which was waiting for a special package, has expressed dissatisfaction over the recently passed J&K Budget for 2022-23.

Finance Minister Nirmala Sitharaman, in her budget speech, said the government will continue development of the UT with focus on good governance, deepening grassroots democracy, and inclusive growth. But majority of business leaders, whom this newspaper spoke to, expressed their dismay. 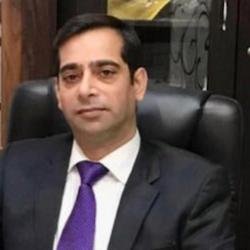 President, Federation Chambers of Industries Kashmir (FCIK), Shahid Kamli, says he didn’t see anything in the budget for the revival of the industries. “We didn’t find anything for the business revival in this budget. They are not serious about the business in Kashmir because they have got no plans for its revival. Had they been serious about it, they would have consulted all the stakeholders before budget formation but they didn’t anyone,” said Kamili.

“The government is aware of what happened in 2014, 2016 and 2019, 2020 and 2021, and despite that they discredit the business units here. They should have reinforced the existing incentives, but they have withdrawn them all. The situation has crushed us but they have no plans for us,” he said. 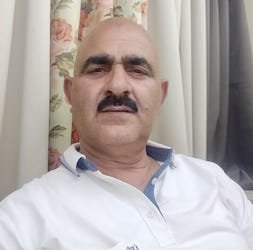 President of Fruit Mandi Sopore, Fayaz Ahmad Malik, said despite horticulture being the backbone of economy in Kashmir, it has been ignored in the budget. Horticulture sector didn’t get the desired attention in the recently announced J&K Budget. “We were expecting that centre will wave off the KCC loans upto Rs 3 lakh as the growers are continuously facing losses for the last 3 yers. We brought this into the notice of finance minster through email but, we got no response. They say lot of things in speeches but never implement it on the ground.  Many of our demands like subsidy in transport are still pending,” said Malik. “There should have been much more in the budget for the development industries, but they have reduced it, which is surprising. We were expecting that there should be special consideration on the electricity charges to industrialists, which is a major issue for us. But no relief on that front as well,” Muzaffar said.

“Similarly, post 5 August 2019, the toll tax in J&K was abolished which puts local industries at the disadvantage. This too needed special consideration but nothing so far,” he added.