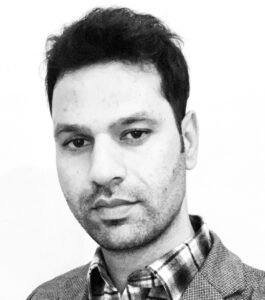 ‘Scam 1992’ is the story of the infamous Harshad Mehta stock market gamble. It is based on a book written by Sucheta Dalal and Debashish Basu. Apart from its strong production, the web series has been able to explain what exactly happened back then. It has been able to pass on the complicated messages in a discernible expression. On one hand, it explains what a Stock Market is and on the other hand, it demonstrates how it works. Some sophisticated financial jargons have been simplified. Any common man can understand the basics of Stock Market by watching the series. Towards the end, as the story progresses, Scam 1992 gives us some money as well as some moral lessons. It shows how being over-ambitious lures one towards short-cuts. It illustrates how making money by hook or crook eventually lands one in trouble. At the same time, the series shows how each element of our system is inter-connected for the worse.

The show starts with an overture to the Stock Market. Here, the director has demonstrated the basics of share marketing. It has been explained how the sale and purchase of a share of a particular company are traded. And, in turn, how the company’s image and performance determine the price and demand of its shares.

The series has been successful in the thoughtful articulation of the ‘market sentiment’.

As the main character Harshad Mehta explains how the recipe of share market is prepared: First of all, it is the news of various companies and from different reliable references that matter. Technically, we call it Insider Trading—leakage of the secrets of companies. An upswing of risk makes the stew spicy. The higher the risk, the higher the returns. Then comes the fundamental ingredient—the sentiment. How people feel about a certain stock or the prevailing business habitat. What people feel, they do and that determines the performance. The last ingredient is luck. All these building blocks make up Share Market. The players play with these components to twirl the tang as per their taste.

As the tale progresses, Harshad Shantilal Mehta is shown concentrating on a single stock or company. He holds the shares to gain maximum probable profit out of it when sold. This is an important lesson. As Warren Buffet, the notable investor, says, “Do not keep all eggs in one basket.” It follows the indistinguishable logic that one follows while securing money in a crowded bus where pickpockets roam about. A man keeps his money distributed in multiple pockets. Even if a pickpocket robs him of one pocket, he still has money in other pockets. This is called the diversification of the risk. Mehta focussed on a single company at one time. This costed him dearly. He was ‘bullish’.

In Stock Market, a bull is the aggressive one. A bull is a speculator who purchases a holding in a stock with a view that it would bounce in near future. The bull intends to hold, wait, sell and make a profit when the value has bounced. On the other hand, there are ‘Bears’. A bear believes in the sentiment there is a downfall in the offing. While a bull believes to gain from the rise of the market, a bear expects to gain from the fall of the market. Mehta was called the ’Big Bull’. Some called him the ’Bachan’ of the market. He believed in taking risks, though not gauged and grasped.

Mehta, being a bull, went on to hold some stocks hoping to see them bouncing around. Initially, they did. But, as they say, that ‘a Share Market is a Shock Market’, soon the stocks tumbled. Mehta faced enormous losings. He was not left with the capability to settle his dues. To save himself from bankruptcy and failure to pay the dues, he went from pillar to post to arrange accounts. During the course, he adopted many unethical means. The heftiest of them was diverting cash from the Money market to Share market. The money market is the buying and selling of government securities. Here, big players like banks are involved. Government securities are instruments backed by security from the government. Mehta managed to bend around the rules of the Money Market. He worked hand in glove with some officers. Harshad was able to make money from the sale of government securities without actually transferring them to the buyer. He even did not possess these securities. The deletion of Bank Receipt (BR) from the stream of Money Market business, introduced by him, and the subsequent absence of the same in Subsidiary General Ledger (SGL), gave way to a majuscule bunco that we know today. Without proper vouchers and record, Mehta was able to manipulate the money at other places like the Share Market. He diverted the money amassed from illegitimate and unethical means for his ends in the Share Market. And this was the basis of the scam as gigantic as Rs 5,000 crores. The series goes on to show the role of the Fourth Estate, i.e, the press. Suchita Dalal of The Times of India exposes this unethical practice of diverting public money by the rich investors. Eventually, Harshad Mehta saga is exposed. He faces the music. Mehta died a sad death in custody.

Apart from its successful explanation of the complex Share Market, the web series gives a message. It headlines how in our system, even the top chair revolves on the instructions of the corrupt. Mehta would not have been able to seal the deals without the support of the various officers and politicians. This has been one of the biggest obstacles in the way forward towards a corruption-free business environment and consequently a hurdle in the economic prosperity of the developing nations. Our economies are crippled by the corrupt.

Scam 1992, a Sony Liv series, is set in the early 90s. Remember that these were the times when the Indian economy underwent a milestone change. Indian economy went from a closed one to an open economy. India opened its doors to global business. This was the time when India unveiled the New Economic Policy on July 24, 1991. It adopted the LPG (Liberalisation, Privatisation and Globalisation) model. The then Prime Minister PV Narasimha Rao, along with the then Finance Minister, Dr Manmohan Singh, initiated the process. Share Market galloped during those times. But, it took more than three decades for the Indian Stock Exchanges to reach those figures that were believed to be only a decade away since 1991. Bombay Stock Exchange’s Sensitivity Index (Sensex), for example, is still struggling to cross 50,000 mark. Delhi’s National Stock Exchange is just surviving. Its index, the NIFTY, is below 15000 mark. This presents a dismal picture. To prosper, the first and the foremost need is to set the system right. Unless and until we do not get rid of those jackals at the helm of the affairs, we would continue to witness scams like this.

The author is an MBA, NET, IBPS. He works in the Middle Management of a reputed PSU Bank. The views are personal ‘COVID-19 and We’ is the first book from Kashmir about COVID19 by Maheena Zehra. The book is an anthology compiled along with 20 co-authors from different parts of the country.The book is a dedication through words to all the people who died because of the virus. The people who suffered during the pandemic. And the people who felt and even feel helpless and hopeless due to the pandemic. The book contains a series of articles, poems and paragraphs in English and Urdu language and, all the writings revolve around the different topics on the theme of COVID19.
For example, the book contains poems on hope and strength that we understand as the most important tool to fight any circumstance in life. The book contains articles structured on the map of the loss of lives due to the virus. The loss in business due to the lockdowns. Loss in education. Mental stress, retained by people of all ages and the psychological problems faced that seem to stay for a quite long time until the fight is initiated against the fear in the consciousness. 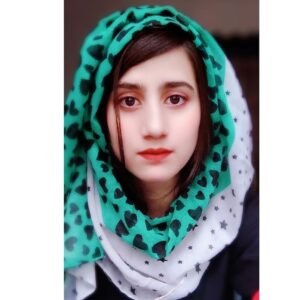 ‘COVID-19 and We’ contains Nazms (Urdu poems) that are meant to make the human understand his hidden strengths and see the light that the heart produces itself to make the self shine beyond all the boundaries, miseries and calamities.
Lastly, the aim of this book is to give people an insightful and brief descriptive analysis of the lessons taught during the whole miserable period of the pandemic. We hope that you enjoy reading the book and, make prayers for the people who lost their lives due to the virus. Also, make prayers for a healthy, safe and beautiful future that is awaiting ahead of this terrible period.
The time is now to move on and to look at the future because the past memories are only going to drag us downwards. We hope that this book is worth the time of the readers.