Adil Pala, a native of Dalgate Srinagar, Kashmir, is an aspiring Bollywood actor. He completed his 12th grade at the National Institute of Open Schooling (NIOS) and went on to graduate from Amar Singh College in Srinagar. He excelled academically and always participated in extracurricular activities.

He contemplated modelling in ninth grade as he planned his career in the Bollywood industry. He began his career in 2016 as a Junior Artist in movies like Dhruva, Raazi, and Bajrangi Bhaijaan. In 2017, he went on to work as a theatre actor. He has been a theatre actor for six years. He has been working hard and overcoming obstacles since 2016, and in the year 2020, he finally got his big break in Avrodh the Siege. In addition to that, Adil has also hosted a number of shows in his career.

His works are listed below: 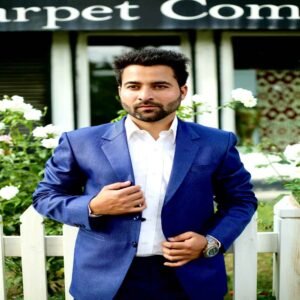 Initially, people didn’t support him but now he has a significant fan base and widespread support.

He took inspiration from many actors in the industry.

“Ranveer Singh and Sharukh Khan are my inspiration, and my favourite actor is Salman Khan,” says Adil.

He aspires to become an actor in the film industry. His primary interests include dancing, singing, watching movies and swimming apart from acting.

He wants to make some constructive, contemporary changes to society. He urged people to encourage aspiring artists and provide them with the proper platform on which to display their talent.

“Believe in yourself; no one should feel discouraged in this industry,” he remarked when asked for advice for aspiring artists.

“I feel really proud when I watch myself on stage or on the television,” he adds.

He encouraged people to be patient since long-term work is rewarded.

“Be modern, open-minded, and encourage youngsters in their individual goals and areas,” he concludes