Everyone fears exams as they are stressful. The rat race for qualifying competitive exams has forced today’s youth to prioritise rote learning as a way to achieve academic success. To ease the process of acquiring knowledge, 35-year-old Rouf Bashir from Anantnag has created a mobile application. MashiQ is a reward-based gaming app to make learning stress free and fun. 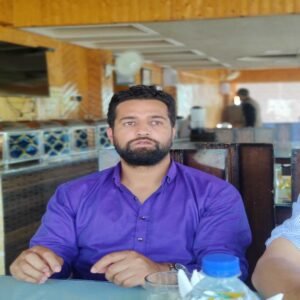 An MBA graduate from University of Mumbai, Rouf says his interest in technology since his college days made him look for tech-based solutions to the problem students face in competitive exams. And the result was MashiQ.

Mashiq is basically the traditional wooden blackboard, a little bigger than the size of the slate, which was used with earthen ink to practice writing and other lessons by students in Kashmir schools half a century ago. Basically, a Persian word, Mashiq means practice and is considered symbolic to education in Kashmir.

“During initial times, the schools preferred MashiQ- a wooden slate where students were given daily tasks to complete, similarly in our app we have daily tasks for our users which they have to complete,” says Rouf.

For now, the MashiQ app is specified for the English language. There are multiple sections in the app where you can leverage your knowledge to earn real money. 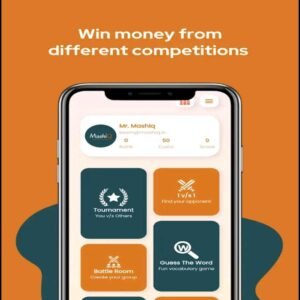 A user can compete with others in a daily tournament and earn money by being on the winners’ list. A user can challenge other players globally & also create their own group of friends to compete. The level-based earning helps the user to make more money as they proceed to the next level.

A tournament is held daily where simple English questions are asked in the reward for a cash prize directly sent to the wallet. A user can redeem money by transferring it to their account.

In a Battle room, a user can create their own room with a group of friends or players across the globe and challenge them for a number of coins set by a user as the winning amount.

A student may take the tests for which they are preparing, such as the CAT, NEET, JEE, JKPSC, etc., in the exam section.

To reduce the burden associated with education and assist kids in finding their own funding for their studies. A lot of students who want to support their education can easily take a few tests, and if they succeed, they can get prizes from the competition, which has a starting price of Rs 2000. In the app one coin is equivalent to Rs 1. 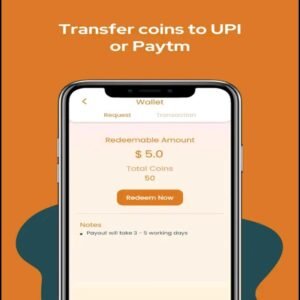 “We will create levels 1-10 in MashiQ, soon, where on the basis of level rewards will be given,” says Rouf.

MashiQ concept was first conceptualized in 2014, but it was not implemented then. Rouf began working on it in July 2021, and recently, the mobile application was released. The main focus of MashiQ is to be less time-consuming and more productive.

“MashiQ is all about destressing exams by engaging more students and by making tests rewarding,” says Rouf.

“Students have a lot of fear regarding exams, and we want to make a step towards that,” he adds.

Aspirants who are preparing for exams such as 11th and 12th, NEET/ JEE can use their English vocabulary to redeem their knowledge in the app. Mock tests will be soon held on Sundays for the preparatory students. 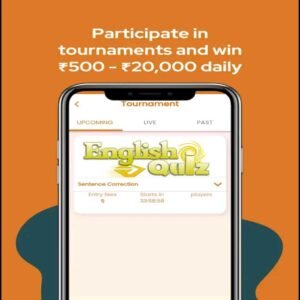 Anyone interested in playing this game can participate in the app since there is currently no specific target audience and no age restriction. The student population alone may be one of the target audiences for the application in the future.

“We have users in MashiQ, who are 50-60 in age, they let us know through the emails that they love to be a part of this productive game,” says Rouf.

Although the application is currently free, users will eventually be charged. In the coming days, MashiQ will be able to get sponsors, and hence users will be charged some required amount.

Only 1/6th of the team’s revenue will be distributed to students as MashiQ develops for the benefit of the community.
Only 20% will be kept for managing apps, and the remaining 80% money will be paid back to the students.

“Though scholarships are available for students, the app provides the easiest way to avail the earned money without any hectic process,” says Rouf.

With time MashiQ will be a full- fledge educational app, and will introduce many top tutors to give their mock test series, as part of it. Where the tutor will charge not more than Rs 50 for it.

“The vision is to empower the students and self-finance them, where a student usually pays in thousands for mock tests here it will be for just Rs 50,” says Rouf.

The model will be such that a tutor will be given 40%, the rest 40% to the students and the remaining 20% will be a platform fee.

“The main motive is to create an easy environment around exams, and give back to the community,” says Rouf.

Being a digital platform, fraud is the fear, but MashiQ has a team to work for that and the phishing activity is tracked through a tracker. Withdrawals of payments are made using UPI IDs.

The least redeemable money is Rs 200.

“Hackers are present everywhere, however, if we focus on scams, we won’t be able to take anything,” says Rouf.

“Schools should adapt to an online hybrid model to be able to compete with other learning models used across the globe,” he concludes.

MashiQ has got some good reviews from users. One user writes, “Love the app for being so effective and addictive as well.”

Another user calls it the “Greatest application for learning and earning.” Other praises the developers’ “Great effort.”
“The finest way to get money while you’re idle! just put some thought into it to earn some money,” another user claims.