Insights and perspectives from a survey of local producers and consumers 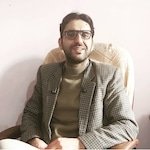 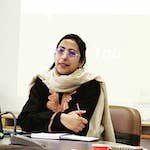 Modern-day markets are a complex game theory in themselves, run completely on ideas and innovations. Giant firms invest a great deal in R&D and marketing strategies to keep customers glued to them, loosely referred to as brand loyalty. While these strategies among infinite more go a long way in making these companies enormous, the cost is to be borne by small and marginal firms. Talking specifically about our local economy, we are 80% of a consumer state and a minuscule producer state. This makes ours a leakage economy and injects our money and resources into the circular flow of the neighbouring states. Whilst Jammu and Kashmir (all-inclusive of Ladakh till recent times) made one unified state, the geography, topography and population of all three regions are different. The Jammu region is plane and more connected to the rest of the country, Kashmir valley has a shabby mountainous pass to enter and the Ladakh region is cut off from the rest of the two regions. A summation of factors has kept the process of industrialisation at bay in the valley making it a typical consumer state. The delayed industrialisation that started quite late in the region has for the most part been stagnant. The woes of producers are not unheard of. Keeping the unit in production is a challenge each next day for the entrepreneur running the firm. At the same time, the local consumers complain all the time about the deficiency and lack of domestically produced goods and services in the region.

To analyse this rift between the local consumers and producers two simultaneous surveys were carried out by the authors. While one survey aimed at understanding the problem as the consumers see it, the other one focused on the producers’ perspective. In order to trace the main causes of divergence, it is important that both parts are analysed and understood in detail. Taking the consumer respondents first, 87% of them are aware that the Kashmir region is for the most part a consumer state. What we consume is way greater than what we produce and 93% of them having a realisation that resources are continuously been leaked from the local economy and are not happy about it. 73% of the consumer respondents fall in the age group of 20-30. This is a representative age group as far as the problem under study is concerned. Young adults tend to be more conscious of what they wear, what they eat and think before choosing their basket of commodities using the available information. 30% of consumer respondents are urban and the rest 70% rural, in line with the urbanization trend of the valley. The survey shows that 64% of the respondents prefer to wear branded clothes and 78% of them tend to buy food and necessities that are from ‘genuine’, known and well-established brands. Online shopping tends to be at number one when it comes to buying all non-food items followed by shopping outside the state. The least preferred place of the overall respondents to buy all sort of items are the local markets.

Discussing the most common and important business apparatus of the current times, ‘advertisement’, 87% of respondents consider it to be the most important and considerably reliable information provider in the market. About 78% of respondents affirm that they do have some kind of idea about some local brands of spices etc. but no one is quite sure as they claim that they hardly come across such advertisements. To check for the general community love over brand loyalty, the respondents were asked if at all they would prefer a tea (a necessity good) procured and processed by a local firm over their current favourite. About 68% of respondents affirmed buying the former proving that local consumers have a preference for the local industrial output if given a fair chance to choose from. The majority of the respondent population is willing to give a genuine try to locally made products on the basis of (a) quality and (b) price. In the current times of literacy and free access to knowledge, people are well aware of the benefits of self-sufficiency and a continuously boosted local economy. However, 32% of respondents who deny using local products have their trust issues and scepticism with the local production. Some among them have apprehensions while others claim experience about the inferiority of the locally made or processed products. In summation, there is a huge absence of information among the locals about the locally made and available products that can easily be substituted for products from the rest of the country.

On the policy front from an observer’s perspective, 78% of consumers express dissatisfaction with the industrial policies and planning over time in the region of Jammu and Kashmir, as they have never witnessed any significant industrialization process in the region. While 100% of the consumer base in the region supports local industrialisation, they lack the knowledge and proper channels to endorse it. A whopping 96% consumer base feels that the major obstruction faced by them in knowing and endorsing local products is lack of advertisement. 54% of them believe that the locally made products are expensive while cheaper and better substitutes are available in the open market that they eventually switch to. 46% of them believe that the quality is not up to mark. A great majority however believes that they stand 100% for the upholding, growth, and promotion of local industrialisation. Of these, 49% extend unconditional support provided they are updated on the existence of locally made goods and services and a 51% chunk says that their absolute support will be more rational based on the quality, pricing and delivery of the goods by the local industry.

On the production side, 91% of producers are aware that theirs is a consumer economy and the production is under-delivered in the region. The conditions for their existence however are not favourable as 90% of them are not yielding the desired profits from the process of production undertaken by them. They express several reasons behind their under-production and inefficient business outputs including uncertainty, unfavourable political conditions, red-tapism, lack of government support, recurrent lockdowns, recurring natural disasters, frequent blockade of the only national-highway, expensive transportation and overall government negligence. The survey puts forward some important point; while 67% of producers are satisfied with the domestic market and domestic consumers, no such satisfaction is visible on the consumers’ side. 33% of them claim that the locals do not buy from them but 67% believe they do buy their product. This point again brings to light the under-production in the region, reinforcing the consumer nature of the economy over a producer-driven or a self-sufficient economy. The overall output is so low that most of the consumers do not even find it, choosing or not choosing it is a secondary option.

Despite the satisfaction with markets and consumers, most of the producers believe that the local consumers, in general, do not support and endorse the local industry or/and are not in the condition to do so. About 83% of them believe that there are easy and cheaper substitutes available for their products in the market fetched from the rest of the country making their survival challenging and assert that the government has never been in a position to support them. There is a total dissatisfaction among the producers with government intervention, policy and planning in order to uphold the process of industrialization in the region.

The most dynamic tools of current-day markets; Research and Development, marketing strategies (including advertisement) and the use of communication technology are not widely used by the local producers. Only 50% of the producer respondents make use of marketing strategies. The marketing strategies put forward by the entrepreneurs throughout the survey are quite simple ones and no resources are spent to curate more and more of them in order to capture a wider market. While only 66% of firms have sought the use of advertisement at least once since the beginning of their production, their product tends to be forgotten over time and thus driven away as constant advertisement is the blood and soul of sustainable demand. Online product availability is a feature of only 50% of local producers thus making the local producers lose a big fraction of the market as was reflected by the top consumer preference of shopping online. 58% of the respondent firms have not dedicated any human, capital or monetary resource for research and development. It is only a fraction of 42% of firms that claim of having made some minuscule investments in R&D, which otherwise doesn’t fit in the proper definition of planned and well-executed R&D. There, however, is no scope of putting the (whole) blame on the local producers. Given the reoccurring natural disasters and conflict-related shocks, the entrepreneurs in the region have been busy maintaining bare survival. Their profits have been under-achieved and thus the firms are trapped in a vicious circle of under-investment and sickness lingering over time.

Entrepreneurs by their very nature are prudent and foreseeing economic agents. They agree that the locals are not interested in their products because of some common reasons. The universally accepted reason by all the local entrepreneurs is that their overall marketing strategies are poor and packaging is inferior. They believed out of their experience that people in the region have become more brand conscious over time while the local producers have lagged behind if not failed in creating local brands. Most of the entrepreneurs also believe that due to a laggard scenario of the overall industrialisation in the region, local consumers tend to have a negative mindset against local products. Some of them see the higher-price of their products as a constraint in capturing the local market. Because of globalization the problem of information asymmetry has vanished and consumer products from across the globe are attainable at reasonable prices, the tastes and preferences of the global population have changed accordingly. To match the globally set standards local producers need peace and certainty followed by proper government intervention, policy and planning.

To increase their consumer base in the next five years, the producers are highly looking forward to the cooperation from the local consumers’ side and relevant policy interventions from the government’s side. While they believe that it falls upon their shoulders to enhance quality, packaging and service they look forward to the government for good infrastructure, relevant policies and uninterrupted maintenance of supply-chain mechanism.

Concluding from this survey, it is suggested that the local producers must use every means of communication to promote their products as the consumers are willing to support the drive to self-sufficiency. There must be development and promotion of local brands to keep the domestic resources flowing in the domestic economy than to allow constant leakages. Extra use of online platforms and communication & technology must be done in order to keep the consumers posted and to deliver the products to them in line with global delivery standards. Relevant R&D must be carried out at the entrepreneurial level till the units grow so much that each one can afford an R&D cell of its own. With a little more communication and contact enhancement, the process of self-sufficiency can easily be set in place and attained in the coming years if relevant government policy substantiates the will of the local producers and consumers.

The authors are associated with the Economics Department, University of Kashmir. They can be reached at dhaarmehak@gmail.com